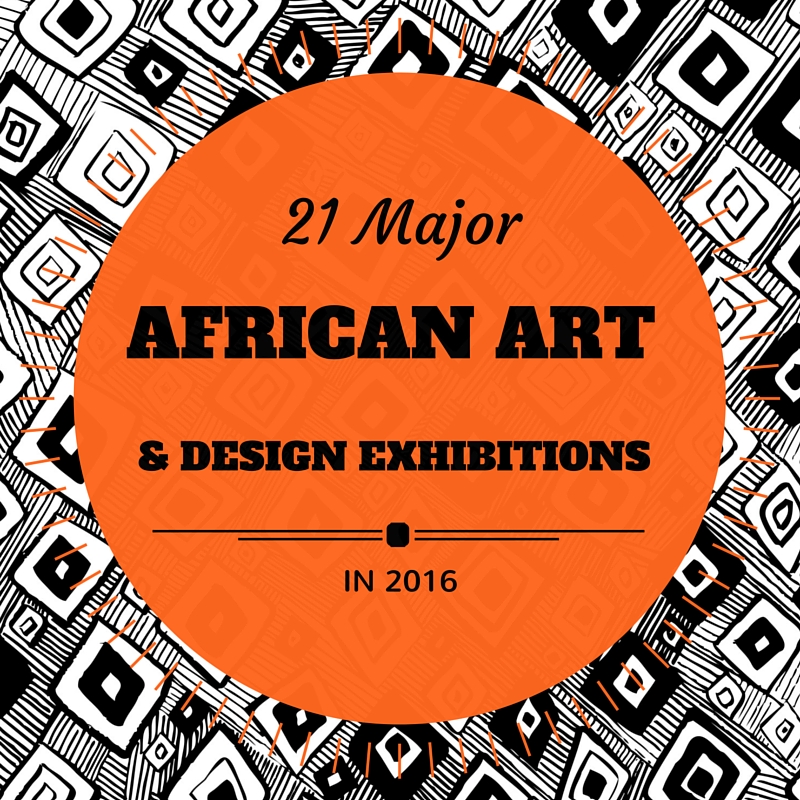 Contemporary African Art and Design is going through a renaissance period and 2016 will be no different. African Artists are moving from the fringe of the art scene, into the mainstream and enjoying greater recognition for their work. Read on to find out where the next exhibition near you is scheduled. Hope to see you there.

OCTOBER GALLERY: SOKARI DOUGLAS CAMP PRIMAVERA
From: April 6th to May 14th 2016
Sokari Douglas Camp is an artist born in Nigeria. She draws on her Nigerian roots to create steel sculptures that highlight various issues ranging from slavery to pollution and war. Head to the October Gallery to discover her latest work including the steel, African inspired, version of characters from the 18th century paintings.
http://www.octobergallery.co.uk

NATIONAL PORTRAIT GALLERY: BLACK CHRONICLES, PHOTOGRAPHIC PORTRAITS 1862-1948
From May 18th to December 11th 2016
When did Great Britain start to morph into a multicultural society? Most of us date that back to 1948 when a large wave of Caribbean immigrants came to help with the post war reconstruction efforts.
The 40 photographs on display showcase the life of Black and Asian people living in Britain prior to the Windrush of 1948. The portraits shed some new light on the making of the multicultural British Society, as we know it today.
http://www.npg.org.uk/whatson/blackchronicles/display.php

1:54 CONTEMPORARY AFRICAN FAIR – LONDON
From: October 6th to 9th 2016
Over the last three years, this fair has emerged as the unavoidable International rendezvous for African Art lovers. The fair returns this year for its 4th Edition at Somerset House.
http://1-54.com/london

FASHION CITIES AFRICA
From April 30th to January 8th 2017
Exploring the rich and diverse African culture, translates into examining some of its key components like Art, Music or Fashion. The latter is the subject of the exhibition at the Brighton Museum. The Fashion journey takes you to Casablanca (Morocco), Lagos (Nigeria) Nairobi (Kenya) and Johannesburg (South Africa).
http://brightonmuseums.org.uk/brighton/what-to-see/fashion-cities-africa

EVA INTERNATIONAL: STILL THE BARBARIANS
From: April 16th to July 17th 2016
Eva International is a Contemporary Art Biennial held in Ireland. As the country celebrates the 100th anniversary of the Easter rising, the Festival aims to examine the far-reaching consequences of colonisation. 50 artists are taking part in this artistic discussion, including several Africans, such as Tracey Rose of South Africa and Abdoulaye Konate of Mali.
http://www.eva.ie/home-2016

GRAND PALAIS: SEIDOU KEITA
From: March 31st to July 2016
Seidou Keita is a Malian photographer. He is renowned for the beautiful composition of his portraits, documenting the life of his fellow citizens. Discover his major works at the Grand Palais.
http://www.grandpalais.fr/fr/evenement/seydou-keita

GAGOSIAN GALLERY: ROMUALD HAZOUME
From: April 19th to July 16th 2016
Romual Hazoume, an Artist who hails from Benin, (West Africa) is renowned for his contemporary masks made of jerrycans and other recycled materials. This exhibition is the opportunity to go beyond the masks and discover the major artworks he created over the last two decades.
http://www.gagosian.com/exhibitions/romuald-hazoume–april-19-2016

MUSEE DE L’HOMME : INSTALLATIONS BY PASCALE MARTHINE TAYOU
Until June 13th 2016
Pascale Marthine Tayou is an Artist from Cameroon (West Africa) whose work has focused on Globalisation. Colonne Pascale is one of the main pieces of the exhibition.
http://www.museedelhomme.fr/en/node/2918

MUSEE DAPPER: MASTERPICES OF AFRICA
Until July 16th 2016
The exhibition started last year and showcases major sculptures from Central and West Africa including the “Black Venus” originally made in Gabon by the Fang Tribe.
http://www.dapper.fr/en/exhibitions-current.php

QUAI BRANLY: DAKAR 66 CHRONICLES OF A PAN-AFRICAN FESTIVAL
From: February 16th to May 15th 2016
Dakar 66 is a look back at the First World Festival of Black Arts’ (FESMAN) held in 1966 and the emergence of the cultural and literary “negritude” movement.
http://www.quaibranly.fr/en/exhibitions-and-events/at-the-museum/exhibitions/event-details/e/dakar-66-36335

GALLERY JOSEPH TURENE: AFRICAN ART FAIR
From: October 20th to 23rd 2016
The main objective of the African Art Fair is to offer a greater exposure to emerging Artists. 100 of them are expected at this year’s 3rd edition.
http://www.africanartfair.org

AKAAFAIR: CONTEMPORARY ART & DESIGN FAIR
From: November 11th to 13th 2016
The Fair, was postponed to 2016 and will be a first in Paris. Nearly 90 Artists and Designers are scheduled to exhibit at “Le Carreau du Temple”.
http://www.akaafair.com

QUAI BRANLY: FROM JORDAN TO CONGO, AND CHRISTIANITY IN CENTRAL AFRICA
From: November 22nd 2016 to April 02nd 2017
The five months long exhibition will extensively explore the influence of Christianity on Kongo art and culture between the XV and XX century.
http://en.visitparisregion.com/events-paris/exhibitions/from-jordan-to-congo-art-and-chrisianity-in-central-africa-335472.html

DAVID KRUT PROJECTS: ENDALE DESALEGN
From: April 21st to June 11th 2016
Endale Desalegn is an Ethiopian artist. For a long time, Ethiopia had been ruled according to a communist influenced set of principles. In his first solo exhibition in the US, the artist is exploring several issues among which are; the avid consumerism which has taken hold in fast growing African economies and the access to electricity.
https://www.facebook.com/events/252185488454908

1:54 CONTEMPORARY AFRICAN FAIR – NEW YORK EDITION
From: May 6th to 8th 2016
After a test of the New York Art market in 2015, this second edition is expected to be a much bigger show. 60 Artists from 25 African countries will be represented this year at the Pioneer Works.
http://1-54.com/new-york

FRIEDMAN BENDA GALLERY: ANDILE DYALVANE – CAMAGU
From: June 23rd to August 19th 2016
Camagu, is the first solo exhibition of the artist Andile Dyalvane. Loosely translated, “Camagu” means “I am grateful”, which is the sentiment the artist wanted to express through the 30 large-scale clay works that will be on display.
http://www.friedmanbenda.com/exhibitions/upcoming/andile-dyalvane-camagu

THE ANNENBERG SPACE FOR PHOTOGRAPHY: REFUGEE
From: April 23rd to August 21st 2016
The Refugee Crisis in Europe has highlighted the plight of displaced population seeking safety and shelter abroad.
5 photographers including Omar Diop of Senegal, present a visual testimony of the lives of some of these 60 millions refugees recorded worldwide.
https://www.annenbergphotospace.org/exhibits/refugee

DAK’ART BIENNALE
From: May 3rd to June 6th 2016
Dak’Art is one of the most important African Art event held on the continent. This year, 66 African Artists have been selected to display their works around the theme “Re-Enchantment”.
http://dakart.net

MARRAKECH BIENNALE
From: April 22nd to May 07th 2016
The Marrakech biennale is among the top 20 biennales in the world. It stands apart with its multidisciplinary approach showcasing Dance, Theatre, Art Installations and more. This year’s theme is “Not New Now”.
http://www.marrakechbiennale.org

LAGOSPHOTO FESTIVAL 2016
From: October 22nd to November 23rd 2016
Launched in October 2010, the photographic festival presents an alternative view of Africa. This year, the festival is exploring how photography as an Art and as a medium contributes to shaping the African Identity.
http://www.lagosphotofestival.com

MUSEUM OF AFRICAN DESIGN: D’ZAIR, ART AND CRAFT A JOHANNESBURG
Until May 2016
Immerse yourself in the creative world of 13 Algerian Designers and Artists. Africa is not a country but a continent and it is rare to see a cultural dialogue between its most southern & northern components. This is what makes this show remarkable.
http://www.moadjhb.com/dzair-art-and-craft-a-johannesburg

Are you planning to visit any of these exhibitions? Then, share your thoughts with us. We are looking forward to hearing from you.