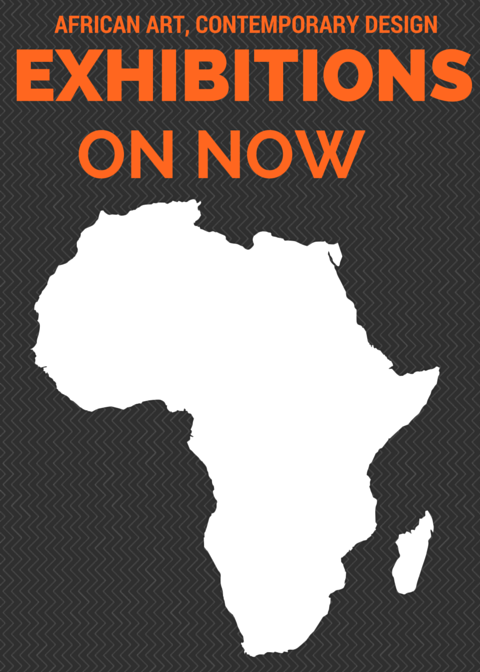 New York, London, Paris, Addis Ababa. Who is the intruder? None. Major exhibitions and events showcasing African Art and Contemporary African Design are scheduled in these cities and elsewhere around the world.

Exhibitions such as “Kongo”, are unearthing unseen art works forgotten in museums or hidden in private collections. In doing so, they are providing the public with new understanding of a rich and troubled past. Meanwhile, the continent is resolutely turned toward the future, a recurring theme of several exhibitions. The artistic future is in the hands of some younger artists whose works are acclaimed at the “Beaute Congo” exhibition in Paris. This buoyant creative life is one of the key drivers of growth, as we will soon find out at the first Addis Ababa Design Week planned in December.

Below is the list of the main events running until the end of the year.

CONTEMPORARY AFRICAN ART FAIR:
The 3rd edition of the art fair returns to London at Somerset House with over 150 Artists represented by 33 Art Galleries.
When: from 15 October to 18 October 2015
http://1-54.com/london

FONDATION HENRY CARTIER: BEAUTÉ CONGO  1926 – 2015 CONGO KITOKO
The exhibition opened to rave reviews in July. Discover nearly a century worth of Art (including paintings, sculptures and pictures) from the Democratic Republic of Congo.
When: from 11 July 2015 to 15 January 2016
http://fondation.cartier.com

MUSEE DAPPER: MASTERPIECES FROM AFRICA
Embark on a cultural trip in Central and West Africa through 130 major sculptures and arts.
When: from 30 September 2015 to 17 July 2016
http://www.dapper.fr

MUSEE DU LOUVRES: A BRIEF HISTORY OF THE FUTURE
Cheri Samba of the Democratic Republic of Congo, is one of the artists presenting his vision of the world at this exhibition about anticipating the future.
When: from 24 September 2015 to January 4, 2016
http://www.louvre.fr/en/expositions/brief-history-future

GRAND PALAIS: PICASSO.MANIA
Although dedicated to Picasso, the exhibition features Cheri Samba and other artists that he inspired.
When: from 7 October 2015 to 29 February 2016
http://www.grandpalais.fr

PHOTOQUAI: PHOTOGRAPHIC BIENNIAL 5th EDITION
Five up-and-coming African photographers are taking part in this two months photographic exhibition around the theme of family.
When: from September 2015 to November 2015
http://www.photoquai.fr/2015/les-photographes

OCTOBRE ORANGE
Discover the Orange world of Kossi Aguessy or revisit his major artworks of the past 15 years at the Gallery Vallois.
When: from 9 October 2015 to 31 October 2015
https://www.facebook.com/vallois35

ALSO KNOWN AS AFRICA (AKAA)
The first edition of the Contemporary Art & Design fair will be held in Paris at Le Carreau du Temple.
When: from 3 December to 6 December 2015
http://www.akaafair.com

THEATRE NATIONAL DE CHAILLOT: THE ILLUMINATED AFRICA
The African Artists for Development organised the “Illuminated Africa” exhibition. 54 African Artists – each one representing a country of the continent – have created an artwork that will be first displayed at the  Chaillot National Theatre in Paris, where the universal declaration of Human rights was signed in 1948. Thereafter, the exhibition will be on tour in Europe, Africa & the Unites States.
When: November – December
http://theatre-chaillot.fr/lart-detre-spectateur/lumieres-d’afriques

FRAC-AQUITAINE: FOLK ART AFRICAIN
Contemporary African Art by leading artists such as Omar Victor Diop, Kifouli Dossou, Samuel Fosso and Romuald Hazoumè. This exhibition is part of a whole season dedicated to Africa.
When: from 24 September 2015 to 12 December 2015
http://www.frac-aquitaine.net/saison-afriques-contemporaines

VENICE ART BIENNALE 2015: ALL THE WORLD’S FUTURE
This year’s prestigious Golden Lion was awarded to El Anatsui, the Ghanaian artist. It came on the heels of a large representation from the African continent.
The African countries represented are Angola, Egypt, Mozambique, South Africa and Zimbabwe.
When: from 9 May 2015 to 22 November 2015
http://www.labiennale.org

GUGGENHEIM: MAKING AFRICA – A CONTINENT OF CONTEMPORARY DESIGN
This multidisciplinary exhibition showcases an innovative Africa that is redefining Contemporary Design.
When: from 30 October 2015 to 21 February 2016
http://www.guggenheim-bilbao.es

LA MOBILIERE: ART & SUSTAINABLE DEVELOPMENT
Romual Hazoumè hails from Benin (West Africa). This solo exhibition is centered on the impact of development.
When: from 2 September 2015 to 5 February 2016
https://www.mobi.ch/fr

AFRICAN PHOTOGRAPHIC BIENNIAL: BAMAKO ENCOUNTER
“Telling time” is the theme of the 10th edition of the Bamako Encounter. The selected photographers tell a visual story of Africa’s past, present and what the future could look like.
When: from 31 Octobre 2015 to 31 December 2015
http://www.rencontres-bamako.com

LAGOS PHOTOFESTIVAL 2015
The theme of the 6th edition of this photofestival is “Designing futures”. Explore the link between Africa and Design through the lenses of the 31 photographers, taking part in this month long festival, held in multiples locations in Lagos.
When: from 24 October 2015 to 27 November 2015
http://www.lagosphotofestival.com

DESIGN WEEK
This is the first ever Design Week in Addis Ababa. It will showcase the talents and innovation of the creative industry, a driving force of the economic growth of the country and the African continent.
When: from 7 December to 13 December 2015.
http://designweekaa.org

THE METROPOLITAN MUSEUM OF ART – KONGO: POWER AND MAJESTY:
Explore the Kongo Civilisation, (Central Africa) of the last 500 Years through 146 carefully curated artworks.
When: from 18 September 2015 to 3 January 2016.
http://www.metmuseum.org/exhibitions/listings/2015/kongo

THE METROPOLITAN MUSEUM OF ART: PHOTOGRAPHIC PORTRAIT FROM WEST AFRICA
Before the camera phones and the selfies, people used to have their pictures taken by professional photographers. Plunge into 100 years of portrait photography in West Africa.
When: from 31 August 2015 to 3 January 2016
http://www.metmuseum.org

Have you seen any of these exhibitions? Hit the comment button and let us know what you think.