1:54 Contemporary African Art fair returns to New York for its milestone fifth anniversary with a move from Brooklyn to Manhattan. Since its inception, the fair has leveraged the pivotal Frieze Week in London and New York to bolster its ability to attract an increasing number of international collectors and visitors. The art market has changed favorably since the fair’s pioneering debuts. Founding director Touria El Glaoui in an interview with Artnews acknowledges that this edition was coming “at a moment of tremendous change and excitement for the fair.” Latest art industry reports have revealed a growing interest in the work of Black artists. Sotheby’s recent 4th Modern and Contemporary African art auction in London has seen 11 new records established. Now Bonhams, the auction house specialist in African Art will hold a new African art sale in New York on May 2nd.

Twenty-four galleries from 16 countries will be showcasing the work of about 70 artists from May 2nd to May 5th. Aside from the established artists such as Yinka Shonibare (James Cohan) and Derrick Adams (whose solo show with Vigo Gallery at Frieze had sold out before it even opened), here are five artists who have been making waves lately.

Richard Mudariki is based in Cape Town. His bold and striking figurative paintings often read as social commentary verging on satirical depictions of the current social and political situation in his native Zimbabwe and South Africa. The hidden politics of the art world also feature prominently in his work.  His solo project The Politics of Painting with Barnard Gallery is set to be one of the highlights of the fair.

At the young age of 6, Narit Takele’s family along with thousands of other Ethiopian Jews were resettled to Israel as part of the covert “Operation Solomon” in 1991. That event and the subsequent daily lives of the Ethiopian community in Israel has become the fodder for Takele’s artistic expression. She uses her color block figurative paintings to investigate issues of identity and traditions. According to her Gallery’s statement, the colors she uses became bolder and brighter after a recent residency in Ethiopia where she reconnected with her roots. Her presence at 1:54 New York comes on the heels of a solo show in London in 2018.

The Black experience whether it is continental or diasporic is steeped in trauma.  On close inspection, Alexis Peskine’s textural artworks made of nails planted in woods reenact the trauma, only to transcend it and reveal, once you step back, stunning portraiture. After a successful first solo show in the UK in 2017, October Gallery will be showing Peskine’s latest body of work along with works by Eddy Kamuanga Ilunga and Romuald Hazoume. 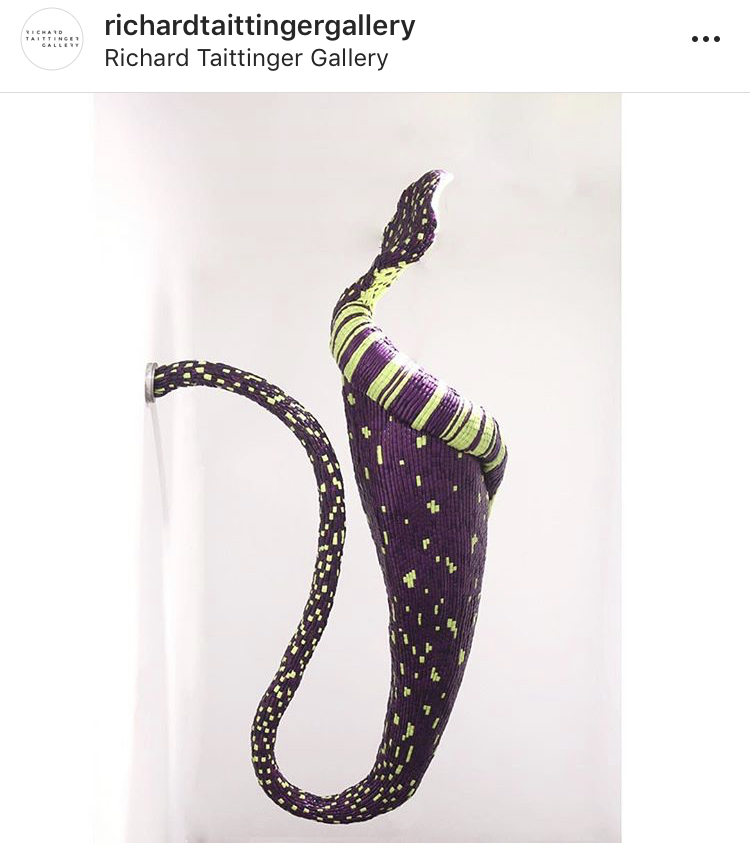 The pressure exerted on women to conform to certain standards of beauty is at the heart of Frances Goodman multi-media practice. Her intricate sculptures made of acrylic nails explore the “anxieties” generated by this relentless pursuit of eternal beauty. One of her larger wondrous sculpture is included in Material Insanity currently on view at MACAAL in Marrakech.

Retro Africa, a Nigeria based gallery is among the first-timers to the New York edition of the fair. The young gallery’s group show encompasses Henri Abraham Univers’ cosmology themed artworks.  The artists’ sculptural works are pop art reinterpretations of the Senoufo masks that pay homage to traditional African cultures.