London is abuzz with captivating art exhibitions and events that showcase the work of artists from Africa and the Diaspora. Here is our monthly guide to the Contemporary African Art shows scheduled this month.

KADER ATTIA: THE MUSEUM OF EMOTION AT THE HAYWARD GALLERY (Through May 6th)

Kader Attia was born in France in 1970. He grew up immersed in the cultures of France and Algeria, his parents’ country of origins. This cross-cultural background has nourished a far-reaching investigation into identity, colonisation as well as his inquiries into the structures of knowledge and art. These themes run through “ The Museum of Emotions”, a survey exhibition at the Hayward Gallery that traces the Attia’s work over the last 20 years.

One of the highlights of the exhibition includes a 42 minutes video “the Postcolonial Body.” Drawing on a case of police brutality against a young Black teenager, Theo Luhaka, academics and journalists analyse in their interviews the continuous subjugation of “the descendant of people of former colonies.” It is what one of the interviewer called “the dramatisation of domination.” This expression of power continues in the enactment of an ethnography museum, (room 4) where artworks are devoid of authorship and bear the only information that seemed to count: who they belong to. Room 5 is occupied by the artist’s monumental installation “The Repair from Occident to Extra-Occident cultures” (2012). Commissioned by Documenta 13, the artwork examines different cultures’ approaches to healing and repair, a theme central to Attia’s artistic practice.

DAVID ADJAYE: MAKING MEMORY AT THE DESIGN MUSEUM (Through  May 5Th)

“I think you only make a better future if you question the past” says Sir David Adjaye in a recorded interview with Deyan Sudjic, Director of the Design Museum. “Making Memory” explores the ways in which the past and history has been woven into the shapes and forms of the key buildings he has designed across the world. The highlight of the exhibition and the architect’s career so far is the design of the Smithsonian Natural Museum of African American History and Culture, inaugurated in 2016. 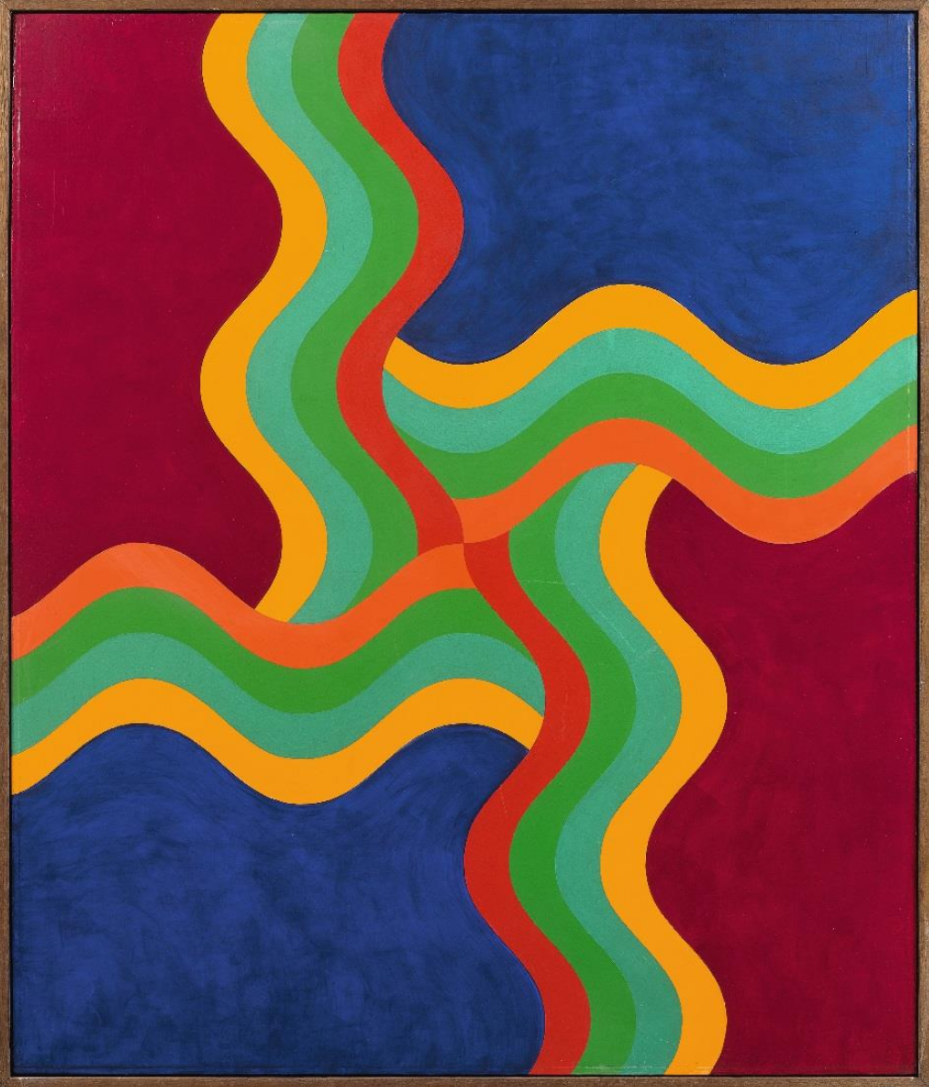 New Waves is a face-to-face encounter with the explosion of colors and wavy lines that are the hallmarks of Mohamed Melehi ‘s artistic expression. New Waves is structured as a linear narrative of Melehi’s evolution between 1957 to the 1980s. It also emphasizes the role the artist and activist played in the emergence of a vernacular artistic language at the crossroad between modernism and Moroccan Cultural heritage. The archival material “also tells the story of the radical Casablanca art school “.

The surge of interest in the work of African artists and Black artists in general may appear sudden but it derives from decades of effort and innovative artistic programming that have challenged the predominantly Eurocentric art world. The October Gallery with its concept of Transvangarde (an amalgamation of cross and avant-garde) has been among the pioneers to take an inclusive perspective of contemporary art. They have showcased the groundbreaking work of artists from across the world including El Anatsui and have continued with emerging artists such as Eddy Kamuanga Ilunga, Alexis Peskine and LR Vandy (whose sculptures were among our highlights at last year’s edition of 1:54 contemporary African Art fair). Their works are comprised in the Gallery’s impressive 40th anniversary exhibition Dream No Small Dream – 40 Years of the Transvangarde.

DENZIL FORRESTER: A SURVEY – STEPHEN FRIEDMAN GALLERY (Until May 25th ) 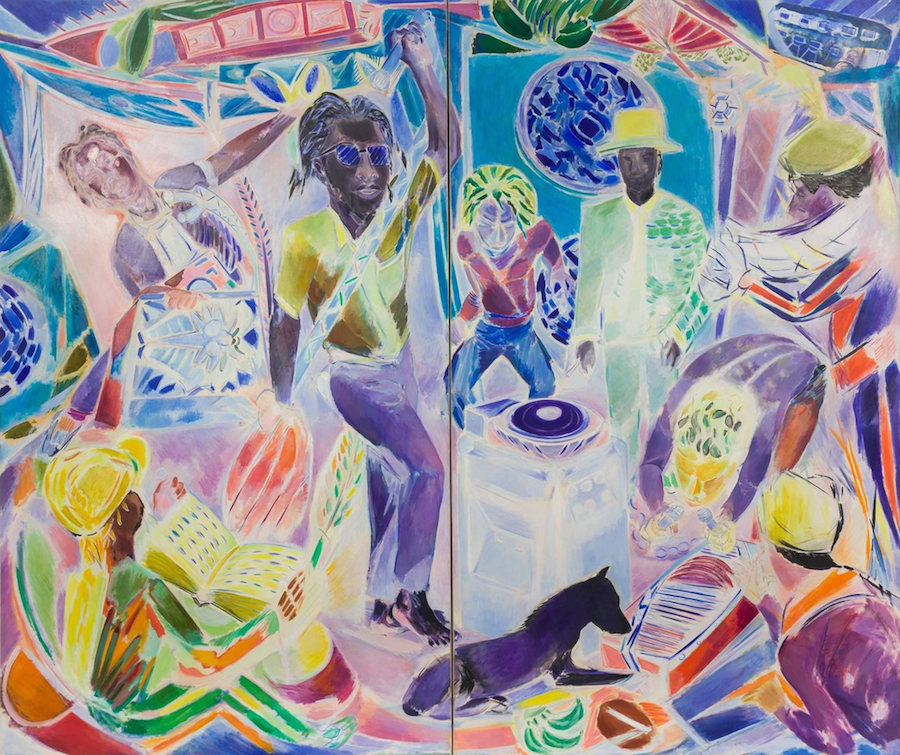 Denzil Forrester’s survey is a colourful and vibrant trip back memory lane to the London of the 1980s and throughout the artist’s 4 decades long career. Forrester’s large-scale paintings reflect the effervescent atmosphere of the nightclub scene, pulsating to the rhythm of Reggae music. The expansive exhibition comes ahead of the unveiling of the public artwork commissioned for Brixton station in September (previous artists includes Crosby Njideka Crosby). The artist work will also be included in the upcoming Get up, Stand up Now at Somerset House curated by Zak Ove.

ABE ODEDINA : BIRDS OF PARADISE – COPELAND GALLERY (through to May 1st)

What is your definition of Paradise? “Birds of paradise” is Abe Odedina’s response: a multifaceted meditation on our earthly quest for meaning, fulfilment and joy. In a world that is becoming polarised, the expansive exhibition (over 100 works) suggests there are infinite possibilities and nuances to this search. It can be religious (Seven Deadly Sins) or deeply personal (Birds of Paradise). The quest for meaning can turn political (Clout) or lie in the most romantic feeling: Love (Love Play). In another word: an exploration of our shared humanity.

This is the last week to see the photographic work of Delio Jasse. with Trauma at the heart of his photographic practice, he investigates the ways in which Angola’s tumultuous past (from the Portuguese colonisation, to the civil war to the recent economic crisis) is inscribed in the urban environment.