South Africa: the art of a nation at the British Museum
MY ACCOUNT
SHOPPING BAG

South Africa: the art of a nation at the British Museum 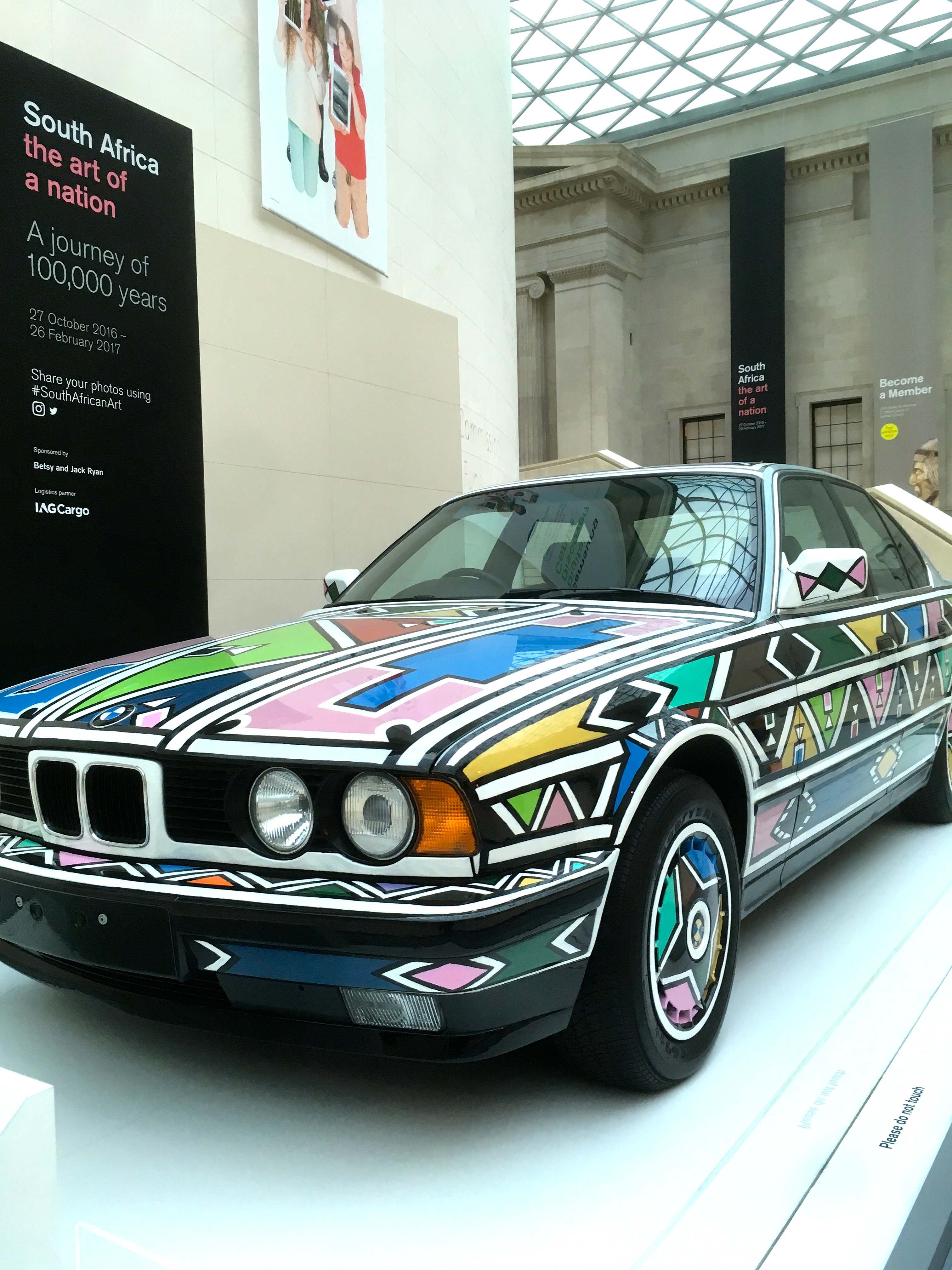 The golden figurines of Mapungubwe dated around 1,250 and initially found in a Royal Cave, reveal the existence of a well-structured society with a particular aesthetic, way before the Europeans settled there. It is the first time that some of these artifacts have been shown outside of South Africa. They are interesting for their artistic value but even more so in the context of a South Africa, portrayed for a long time as a barren land until colonization. And it is this complex link between Politics, Art and Identity that is the focus of the last sections of the exhibition. After the native Land Act of 1913, the black population was moved to some reserves and specific zones. Around that time, the Ndebele Art, initially black and white, evolved to become more colourful, bright and bold. The change signaled the population’s artistic resistance, their determination to preserve their identity and their refusal to be invisible. Within the confines of an oppressive political regime, or a standardized employee uniform, the black population carried on creating Artful objects such as the beaded tie, that reflected their identity.

The South Africa that the world celebrates today is born out of a long artistic tradition and of the long political struggles of yesterday. The exhibition finishes on an optimistic note with Marie Sibande’s installation: ‘A Reversed Retrogress’, 2013. A woman dressed in purple representing the present and the future (the color purple symbolizes the uprising of 1989) is saying goodbye to the other, dressed in blue representing the past with the uniform of the house employees during apartheid.

The superb exhibition, South Africa: the art of a nation runs until February 26th at the British Museum.

One thought on “South Africa: the art of a nation at the British Museum”