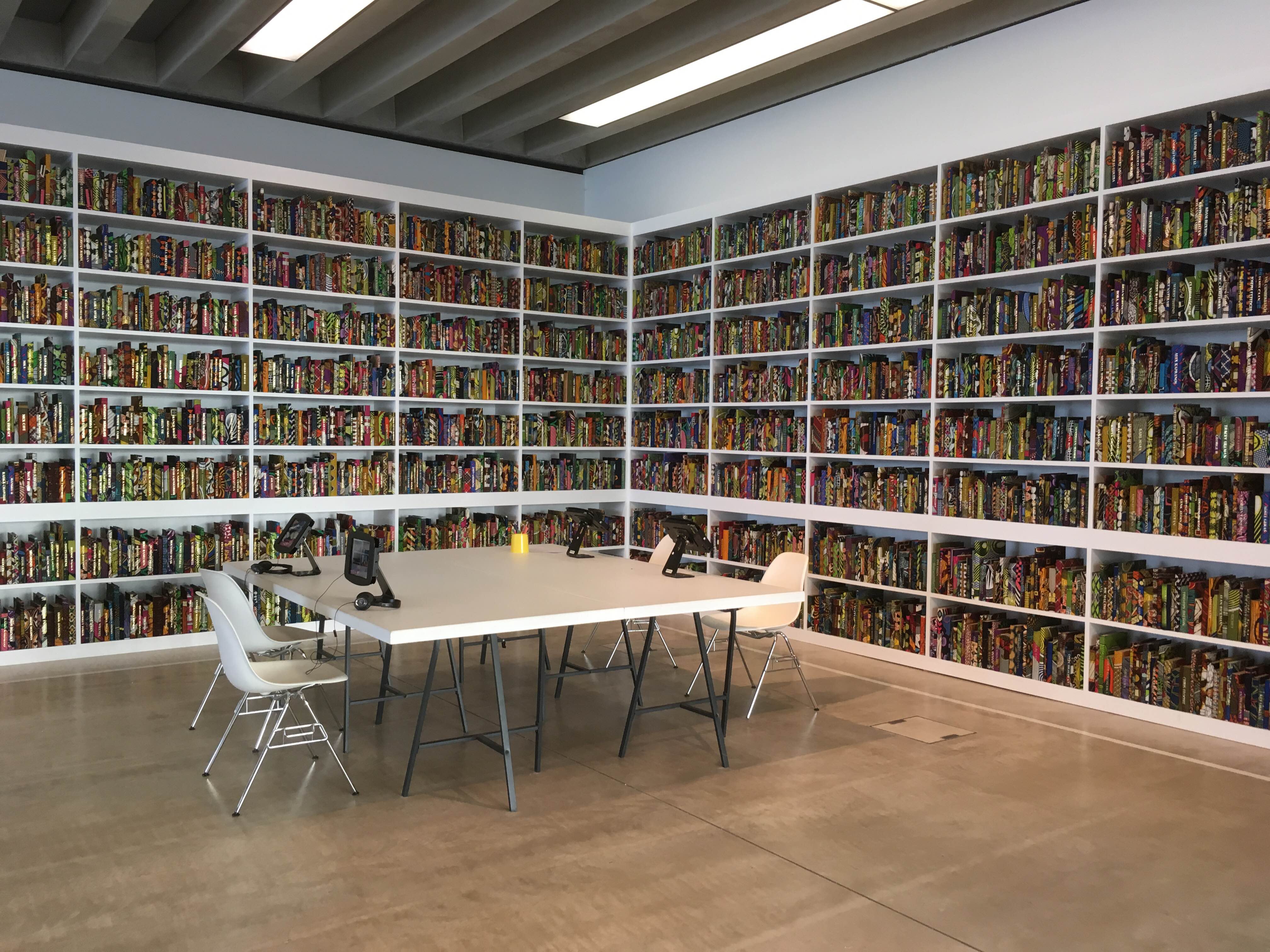 As I stepped into the Turner Contemporary Gallery, I was taken aback by the sheer scale of ‘The British Library, 2014, an Installation by the Artist Yinka Shonibare, MBE .

From floor to Ceiling, hundreds of books are neatly organized in book shelfs that entirely cover 3 walls – Just like in a library. The books are covered in wax prints, one of Yinka’s signature materials. Together, the books make visible and almost palpable the contribution that consecutive waves of Immigrants have made to British Society. Glowing in the distance, are the names of some of the most famous immigrants and descendants of immigrants to the UK. As you step closer and read out the names, from Zaha Hadid to Anthony Bennett, from Prince Charles to Charles Mendes, from Laura Mvula to Mo Farah you couldn’t help but wonder what the alternative story – without immigration – would have been. What the UK would have looked like as a society? Which is precisely one of the objectives of the artist; questioning the role of immigration in our society.

Further along is the End of  Empire, a new work commemorating the centenary of the Battle of the Somme. Sitting on a see-saw, are two figures dressed in wax print with the globe as their heads. Each figure represents one side of the conflict. They balance and shift endlessly in the gallery. Opposing sides yet needing each other to continue to move – a metaphor for compromise and resolution.

Such a timely exhibition, when there is a renewed debate around immigration and response to conflict.

This is the last few days of the exhibition at the Turner Contemporary Gallery. It ends on Oct 30th.