Ever since the summer of 2010 when the late architect Zaha Hadid designed the first Serpentine Gallery Pavilion, it became something of a fixture in the design and architectural calendar. Earlier this year, the Berlin based architect Diébédo Francis Kéré was commissioned to design the 2017 Pavilion.

Kéré conceived a futuristic tree-shaped pavilion. This modern version of a tree has curved, striking blue walls under a seemingly floating roof. The rainwater collected from the roof is drained into an underground reservoir – thus completing the image of the tree.

The pavilion is every inch a modern, high tech achievement fit for a metropolis like London. Yet every detail that unlocks the story behind the design is buried far away in the life Kéré once lived in Gando, his native village in Burkina Faso (West Africa).

The blue walls reference indigo, the traditional dye used for textiles in Burkina Faso and other countries in West Africa. The blue pieces of clothing were worn on special occasions. And this is a special occasion, as it marks the first time an African architect has been chosen to build the pavilion. 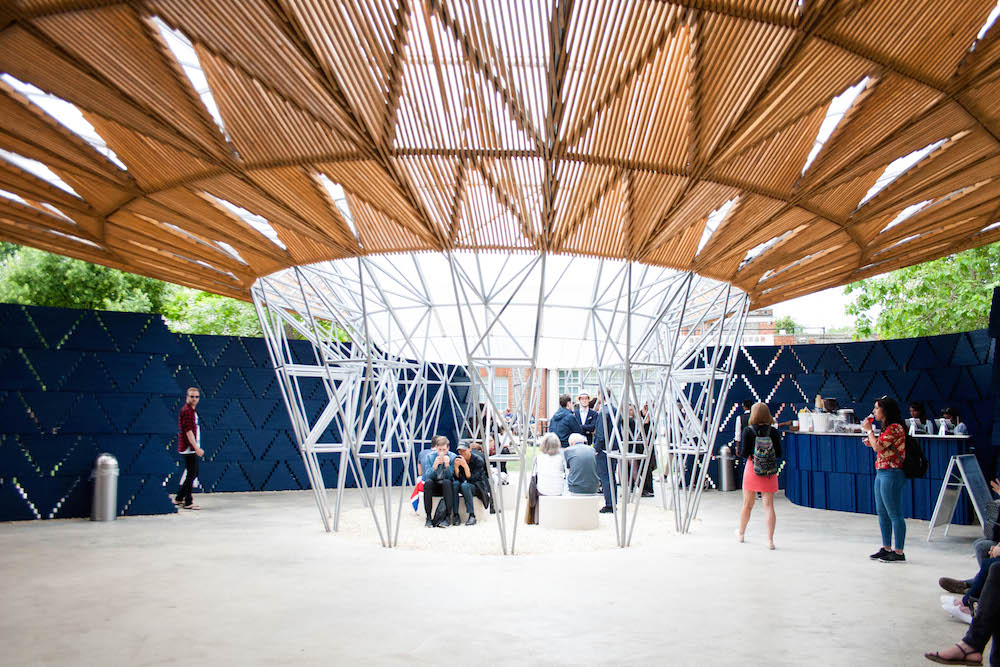 Back in Gando, the foot of a big tree was, for the village, a shelter against the elements and a place to convene and socialise. That is what the 2017 pavilion is meant to be for all Londoners and visitors coming to admire it.

The Serpentine Pavillion by Francis Kéré is open to the public until Oct 8th.