Bringing diversity to the Design table
MY ACCOUNT
SHOPPING BAG

Bringing diversity to the Design table

There is still a very long way to go but in the last few years, there has been some notable progress made on the diversity front, both in Art and Fashion. What about Design you may ask?

Well, we went to Design Salon, at Now Gallery to have an idea of the state of affairs in the UK.

Organized like a Dinner Party, minus the dinner, and plus the public as witness, six panelists, all from multicultural backgrounds sat around the dining table (more of that later) to talk about their experiences with the moderator Helen Jennings of Nataal. 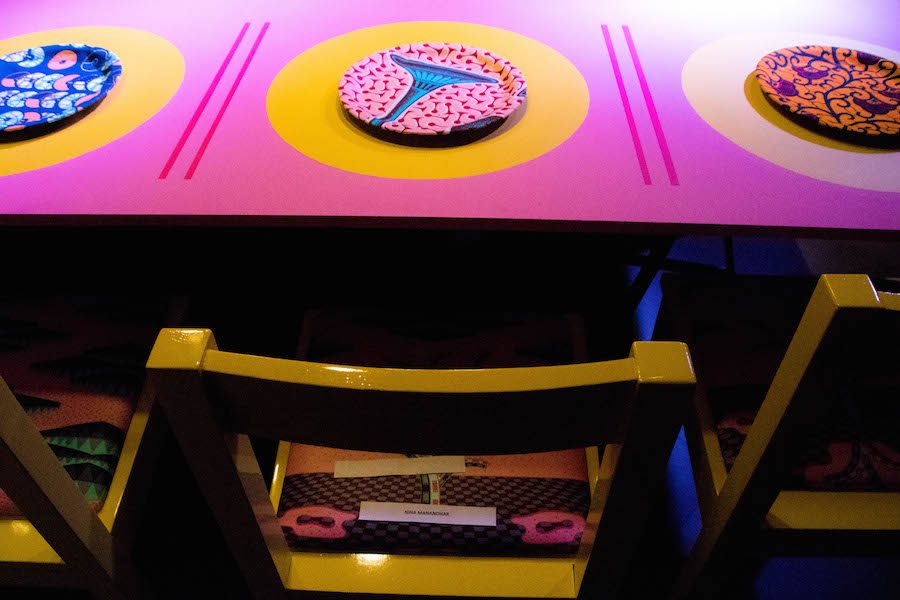 A 2016 survey by AIGA, the American Institute of Graphic Arts, showed that only 3% of those who responded were African-American, versus 73% White. It is likely that the data might show a similar lack of diversity in the UK. The six panelists Yinka Ilori, Wale Adeyemi, Ameena McConnell, Ruth Ossai, Terence Sambo and Nina Manandhar, all talked about various factors that make this choice of career a tough one, particularly for people coming from a minority ethnic group. They range from the existence of a glass ceiling which is difficult to crack, to the lack of role models, or the reluctance of parents to support their children’s creative choices and advising instead the following of safe, conservative alternatives such as law.

Despite these difficulties, the panelists, all of whom are achieving recognition in their respective fields, have insisted upon the necessity to stay true to their values, and bring their cultures and unique viewpoints to their design practices, whether they are working solo or in collaboration.

Yinka Ilori is renowned for breathing new life into old chairs, by recycling them. Using parables of his Nigerian culture as inspiration, he turns each chair into a modern visual narrator of stories that wouldn’t have otherwise reached us. The afore mentioned diner table was designed by him.  It bore his trademark style: bold, vibrant and in contrasting colors perfectly suited to the accompanying plates covered in African wax prints. It was the perfect metaphor for what they meant: bringing their cultures to the table (pun intended).

The diversity shift operating in Art and Fashion hasn’t quite reached Design just yet … but these trailblazers are determined to leave some footprints behind, and make the Design world a little bit more accessible for those following in their footsteps.

Thank you for reading. If you enjoyed this post, you can keep in touch on