5 reasons why you should add Baobab fruit to your diet

A New Year usually calls for moderation, a renewed commitment to be the better version of ourselves and focus on our health and fitness. So let us introduce you to new superfoods, packed with nutrients that have been used for centuries in Africa and have begun to be known outside of the continent. We are starting the African superfood series with the baobab fruit.

The Baobab is the most famous African Tree. It is nicknamed the “Miracle Tree” as almost every component from the roots to the leaves has a useful purpose. But let’s focus first on the fruit.

The baobab fruit is a green velvety looking pod, that when split open, reveals seeds and some white beige pulp. The white pulp, once ground, is the Baobaob powder that is available in various health shops, on its own or as a main ingredient in fruit bars, cereal etc.

Most of the time, fruits are considered “super” on the merit of one of or two of their key properties. The Baobab fruit powder is standing apart as a superfruit that has a high concentration of several vitamins and minerals that are vital to the human body. 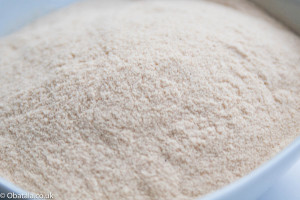 High concentration of Vitamin C to boost the immune system and for a glowing skin
The baobab fruit powder has a high concentration of Ascorbic Acid commonly known as Vitamin C (280–300 mg/100 g), representing 6 to 10 times the amount found in Orange. It is one of the highest concentrations ever found in fruits. As a natural immune system booster, the vitamin C helps fight colds all too frequent at this time of the year. It also has anti wrinkle properties, as it stimulates the production of collagen, keeping the skin looking smooth.

The Antioxidant crown goes to …. the Baobab fruit.
Besides the vitamins C, the Baobab fruit has one of the highest concentrations of antioxidant, surpassing the berry (Goci, Acai) as the king Antioxidant. The human body produces free radicals in response to inflammation or when exposed to some toxins. On a large scale, this phenomenon causes the body to become increasingly vulnerable to some diseases. The antioxidant reinforces the cells and acts as a defense mechanism against tissue damage.

High dose of pectin
The Baobab Fruit powder is also rich in pectin, a soluble fiber found mostly in fruit. Pectin slows down the absorption of carbohydrate and in doing so, stabilizes the level of sugar released in the body. A pectin rich diet has been linked to a reduced level of bad cholesterol. 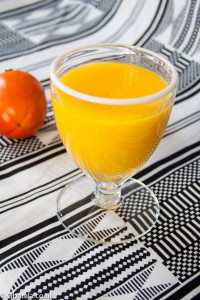 Baobab fruit or mineral fountain
The Baobab fruit powder has turned out to be a rich mineral fountain providing a high concentration of diverse minerals. It contains 6 times as much potassium as banana; twice as much calcium as milk. If that was not enough, Iron & Magnesium are the final pieces that create the mineral identity of the Baobab Fruit.

The Baobab fruit powder has been approved for consumption in the US and Europe in 2009. Thus, confirming what has been known for centuries in Africa: the Baobab fruit is packed with nutrients. So make sure you add 1 or 2 teaspoon of the “golden” pulp to your next smoothie.